Timna Nelson-Levy is living the dream In winning her U57kg gold at the recent Sofia European Championships, Timna Nelson-Levy became only the second Israeli woman to win in the history of the tournament. (Yael Arad had won the -61kg gold at the 1993 Europeans in Athens).

“It’s a dream,” Nelson-Levy said after her win. “I gave everything, I felt great throughout the tournament and I had a really good preparation.”

Indeed, she looked to be in fine form throughout the tournament. She won her first bout, against Tihea Topolovec (CRO) with an armlock. Against Vera Zemanova (CZE), she relied on kosoto-gake, her favorite technique, which scored ippon.

She had a tougher time in her semifinal against Pauline Starke (GER) who took her to Golden Score. Interestingly, although was a kosoto-gake that ended the match, it was Starke who did it. Nelson-Levy countered with a tewaza that took the German onto her side, which scored waza-ari. This was enough for Nelson-Levy to win the match and proceed to the final.

There, Nelson-Levy defeated Olympic silver medalist Sarah-Leonie Cysique of France, using a belt-grip uchimata that looked very much like a hip throw. The score was waza-ari. Nelson-Levy fought a tactical match after that, incurring up to two shidos in the process but in the end, she managed to run out the clock and win the gold. 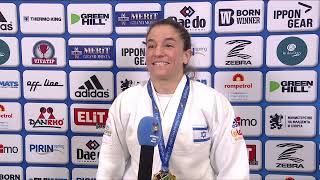 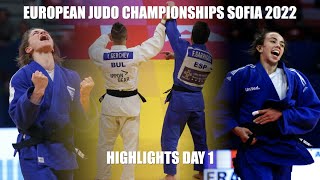 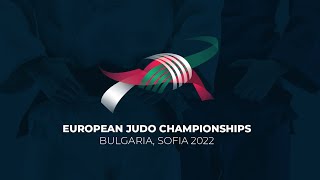